Mohamad El-Hout has been the chair and director general of Middle East Airlines since 1998. He holds a BA in Economics and an MBA from the American University of Beirut (AUB). After receiving his bachelor’s degree in 1981, he joined the Central Bank as an economist and was later on promoted to deputy director of the Statistics and Economic Studies Department. Thereafter, he became adviser to the governor (Crisis Management), and consequently the head of the Real Estate and Financial Assets Department till 1998. In MEA, After two decades of heavy losses, he led the restructuring of the company which allowed it to become profitable starting the year 2002.

He has been a member of the executive committee of the Arab Air Carriers Organization since 2010, member of the “Conseil de Surveillance” at ESA since 1996 and head of the Social Reform Association since 1990.

He is the recipient of many orders and decorations from Lebanon, France, Brazil, Belgium and Italy. 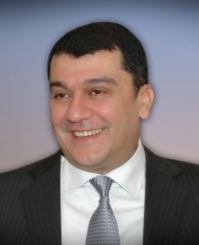