Yasser Akkaoui is the founder of KConcept Holding which invests in corporations that are viable business ventures and are destined to play an integral part in building the nation, by having a human-centered approach to problem-solving using innovation, technology and creativity.

Through Capital Concept sal, he has become one of the reference names in corporate governance activism in the Middle East.

He has been a committee member of Human Rights Watch in the Middle East since 2010, and is a member of the Organization of Economic Development and Cooperation’s task force for Middle East and North Africa stock exchanges. He is also the regional consultant for the Center for International Private Enterprise (CIPE).

He has been the chair of the Lebanese Center for Policy Studies since 2011, and has been representing the interests of Executive Magazine since 2001, a media platform he uses to advocate reforms in the Middle East.

He is also an instructor of business ethics at the American University of Beirut and a strategic partner for the Beirut Art Fair. 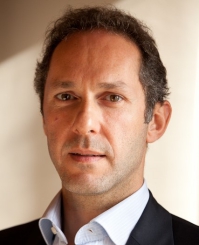