H.E. Me. Walid Daouk is an accomplished lawyer in Lebanon specializing in commercial, civil, and property laws. In 1981, he started his practice as an associate in Takla & Trad law firm to became, thereafter, partner and vice-chair of the International Affairs Commission at the Beirut Bar Association in 2005, as well as a member of its arbitration commission in 2008.

In 2011, he was appointed minister of information and per interim minister of justice until 2014.

He was appointed member of the board of Directors of the Council For Development and Reconstruction of Lebanon (CDR 2001-2004).

In 1994, he was appointed the commissioner of the Lebanese Government at the Beirut Stock Exchange and continues in his functions until this day.

Twenty years ago, he was one of the founders of Ajialouna and has been a member of its Board of Trustees ever since, followed by joining the board of Dar Al Aytam in 2005. He is also a member of the Board of Trustees of three major education institutions in Lebanon – College Louise Wegman since 2005, International College since 2009 and Université Saint Joseph since 2012.

He holds a bachelor’s degree in Lebanese law and a master’s degree in French law from Saint Joseph University and prepared a degree in business management from LAU (formerly BUC). 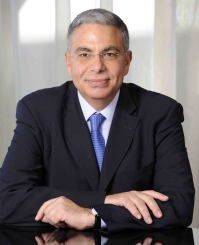