“How to Write a Research Paper”

Dr. A.N. Wahid of Tennessee State University shares his tips and tools with our students. 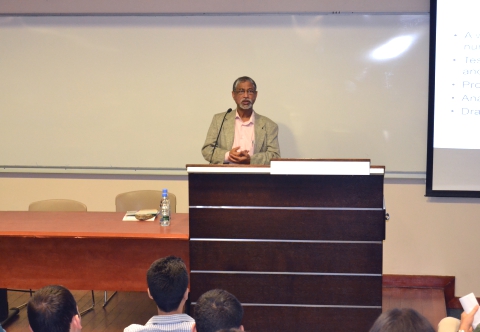 The Department of Economics at the Adnan Kassar School of Business invited Professor A.N. Wahid on April 20, to introduce to AKSOB students the different types of research papers and the guidelines for preparing quality contributions.

“I’m very impressed to see all of you today,” addressing the students as he started his presentation. “I will be sharing the tips and ideas about how to write a good research paper, one that would be deemed a serious report that may be worthy of publishing,”  he added. 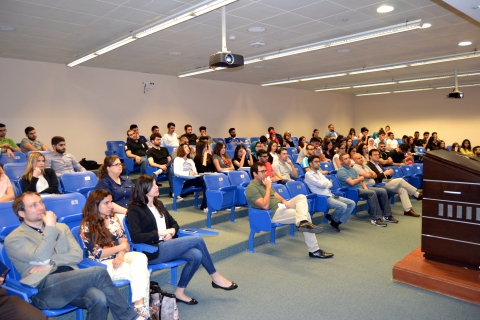 Following his sequenced sections, he began by explaining the definition of a paper and the reasons for its importance to academics as well as to students – mainly graduate candidates. He also claimed that it could be for the sake of creativity or a way for one to contribute to knowledge.

He continued by elaborately clarifying the different types of papers – theoretical, empirical, a combination of both and survey article.

“At a student level, normally, you are not expected to write a theoretical paper, because this involves originality and backing up your formed theory with mathematics. But if you, as a student, have the creativity and the ability to do so, then this would be a great achievement,” as he declared.
He continued by saying that students may attempt to write an empirical paper, whose main purpose was to prove or disprove an idea or a theory, based on data collected. In some instances, he explained how a paper may be both theoretical and empirical. 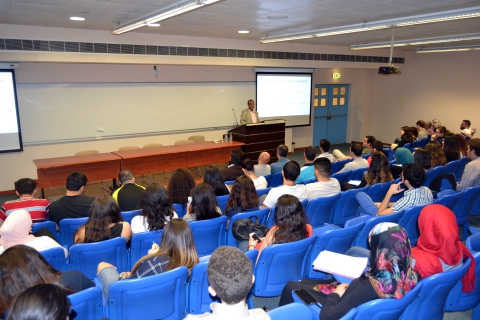 As he went on to point out what a survey article was – a summary review of all contributions made on a certain issue— he shared his personal experience as a PhD student who was about to start his thesis in times where technological advancement and fast information were not available. He utilized the library to search for relevant papers to read, and only after reading a substantial number of references was he able to form his own take on the topic of interest.

“After reading references, you have to see the whole picture, why so and so wrote such and such, and then, you have to connect those ideas to be able to see the forest rather than the tree.”

He also shared the steps involved in writing a paper, stressing on the importance of using the right methodology for the selected problem, before collecting the data.

To conclude, he discussed the writing strategies to adopt in order to get a superior end result, the first one being to “keep your focus firm,” as he said, for departing from the main problem would only lead to “loose elements.” A Q&A session followed, in which students asked several interesting questions. 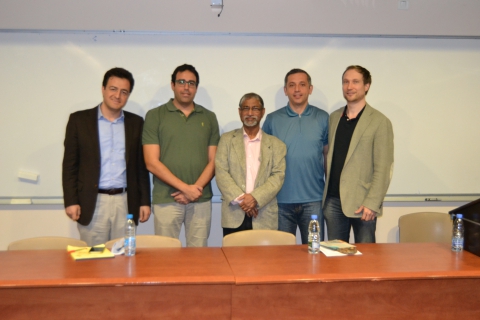 Prior to his presentation to students, which took place in the afternoon of that day, A.N. Wahid had met with AKSOB faculty members, also sharing with them relevant strategies to use for publications.