LAU has been listed on QS’s 2019 World University Ranking by Subject for its excellence in business and management studies. QS, an international organization specializing in education, released the results on February 27.

In a comment, President Joseph G. Jabbra said of the ranking: “We are an institution that strives for excellence in everything that we do, and we are driven by our students’ passion for learning. This ranking is another accolade that will only drive us to aim higher.”

AKSOB Dean Wassim Shahin underlined how the ranking falls directly in line with the school’s strategic vision. “AKSOB strives to provide the best innovative learning environment for its students and the most appropriate research facilities forits faculty,” he said, adding that he hopes “such a strategy maintains and improves our ranking among the best.”

To come up with its rankings, QS surveyed 1,222 universities worldwide based on their reputation among academics, their reputation among employers, the average number of citations obtained per publication, and the H-Index, which “measures the productivity and impact of the work published by the institution’s scientists and scholars,” according to QS.

Indeed, AKSOB faculty are widely published in top academic journals and combine traditional forms of study with hands-on, interactive learning. The school also frequently hosts international business leaders who give students insight into the knowledge and skills needed to succeed in a fast-moving world.

Provost George E. Nasr said that the ranking demonstrates the exceptional quality of academics at LAU. “A business education at LAU is unquestionably a worthwhile investment for anyone looking to pursue a career in business,” he said, adding that the ranking is an “achievement that reflects the university’s commitment to delivering rigorous academic programs with a solid liberal arts grounding.”

For her part, Assistant to the President for Institutional Research and Assessment Diane Nauffal said, “We are always striving to ensure our programs are the most effective and relevant to our students and the community, and this ranking is proof of that.”

LAU is not new to the QS rankings. The organization listed the university in its Regional Rankings of the Arab World 2019 as number two in Lebanon and number 16 in the Arab World out of 123 institutions. LAU’s position was driven in part by its strong employer reputation score, for which it came in second in Lebanon and eighth in the region. This year, LAU also made Times Higher Education’s World University Rankings 2019, again being only one of two universities in Lebanon ranked.

“The survey findings are the result of the quality of research from our outstanding professors,” Dr. Nauffal concluded. “This ranking will further cement our reputation as an institution of excellence.” 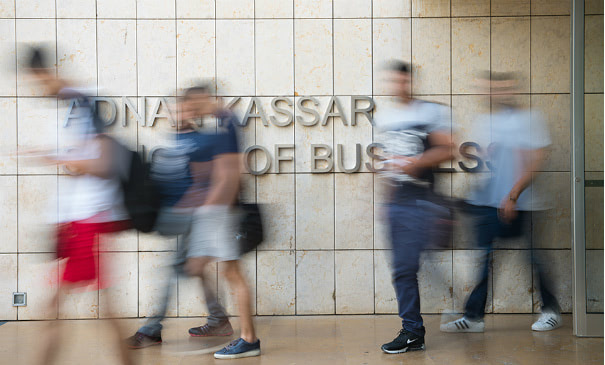