AKSOB placed at No. 1 in Lebanon in the Times Higher Education Subject Rankings for the second consecutive year. 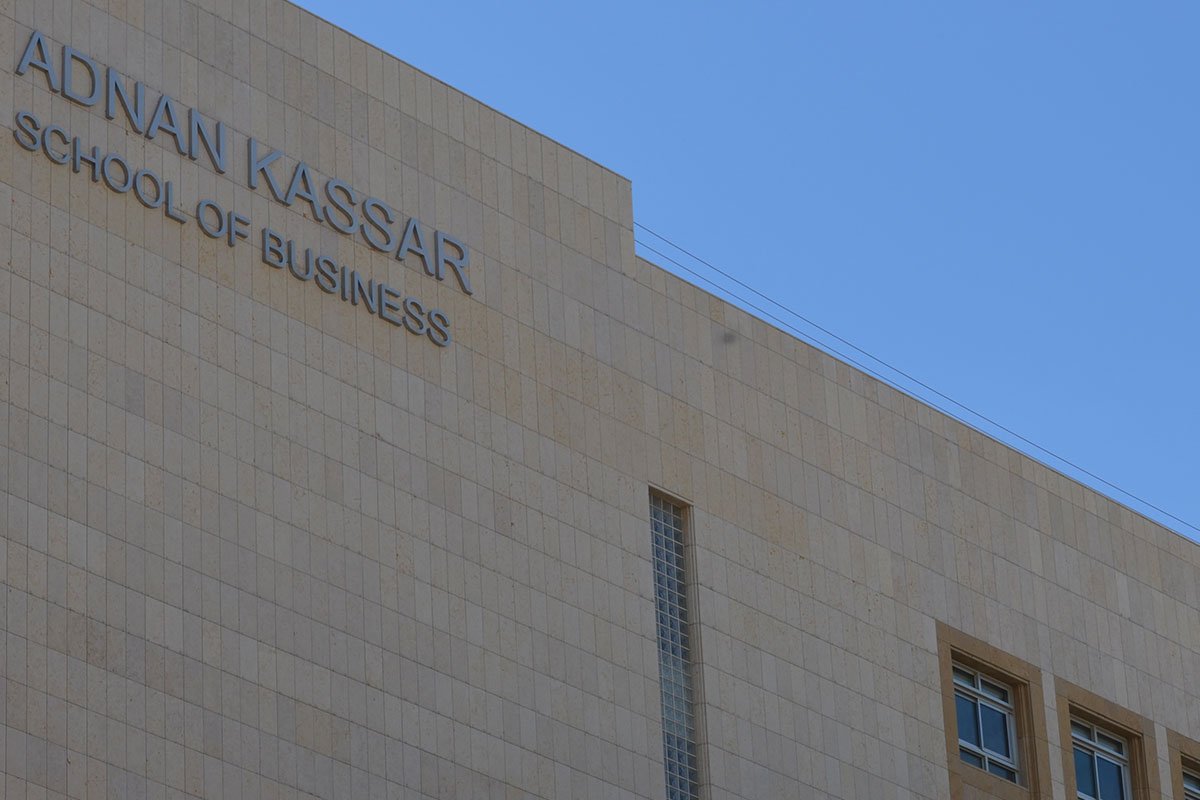 For the second year in a row, AKSOB’s Business and Economics programs ranked first in Lebanon according to the Times Higher Education (THE) Subject Ranking and fourth in the Arab region, demonstrating the quality and impact of its research.

This year’s table included 795 universities up from 729 last year and the ranking assessed universities by their performance in the disciplines of business and management, accounting and finance, and economics and econometrics. While using the same trusted performance indicators as the THE World University Rankings 2022, the methodology is recalibrated to suit the individual fields.

These rankings further boost AKSOB’s strategic vision to earn global recognition as a leading school of business in Lebanon and the Middle East, and be recognized for excellence in teaching, research and community service.

Reacting to the news, Dr. Wassim Shahin, Dean of AKSOB extended his warmest congratulations to the school’s faculty, staff, students and alumni who were all instrumental in reaching this milestone.

“Being ranked first for two consecutive years is a very significant sign of structural strength and hopefully a sustainable position for the future,” he said. “Earning the fourth spot in the Arab world among a group of much higher capital endowed universities places the school in a very select league of elite institutions.”

For Dr. Ghassan Dibeh, professor and chairman of the Department of Economics, the new ranking attests to the big strides made in the teaching and research in business and economics at LAU.

“The challenge for AKSOB’s faculty, staff and administration is to maintain such a thrust in the future as we are facing many encounters within the country and university,” he said. “Given the commitment that these various constituents have shown in the past, I am certain that such an endeavor will be a challenge that we will rise up to and stay on the same upward track that we at LAU have always been on.”

Dr. Josiane Fahed-Sreih, associate professor of management and chairperson of the Department of Management Studies expects that the ranking will help maintain and build the institutional position, attract international students for graduate and post-graduate degrees and influence key stakeholders in their decisions on accreditation, funding, sponsorship and employee recruitment.

“Trends suggest that high rankings positively impact on the number of applications, students’ selectivity, philanthropy, graduate recruitment, governing boards, and public policy,” she said. “Added to the accreditation, they provide yet another label of quality in higher education and a competitive edge relative to other universities in Lebanon.”

Dr. Wissam Abdallah, associate professor of finance and chairperson of the Department of Finance and Accounting believes the ranking confirms both LAU’s and AKSOB’s commitment to research and teaching excellence.

“Despite the many challenges we have had over the last two years, the hard work and dedication of our students, faculty, and staff have been recognized, with AKSOB being ranked first in Lebanon,” he said. “Our ranking indicates the national and global quality and reputation of an AKSOB education which certainly enhances the employability of our graduates.”

For Dr. Said Ladki, chairman of the Hospitality and Tourism Management Department, AKSOB’s achievement is the result of LAU’s commitment to academic excellence and scholarship.

“Such recognition serves as a gateway to place our students in top businesses or graduate academic programs around the world,” he said.

“In an increasingly globalized and digitized world, competition among higher education institutions is getting fiercer, and ranking can be a very important and differentiating factor,” she explained. “Current students can associate high rankings to higher value of their degrees.”

Last but not least, Dr. Maya Farah, associate professor of marketing and chairperson of the Department of Marketing believes that the results of the THE World University Rankings echo the prominent academic position of LAU and AKOSB not only in Lebanon, but the region at large.

“This ranking substantiates AKSOB’s dedication to both research through its citations’ records and teaching excellence confirming its international outlook,” she said. “It reflects the hard work and dedication of its faculty both to research and teaching, as well as its staff’s commitment to providing excellent services to all its stakeholders, most importantly its students.”

Amongst other assessments, the ranking appraises the influence of research produced by AKSOB’s academics and published in quality peer-reviewed journals by considering the average number of times the published works are cited by worldwide scholars.

“In fact, this is a fundamental indicator of the university’s significant contribution to human knowledge and reputation for research excellence among its peers,” she concluded.

This ranking comes on the heels of many successes, including the  QS World University Rankings by Subject 2020 that placed LAU among the top 10 universities in the Arab World for excellence in Business and Management studies. It is a milestone that pushes AKSOB to further advance the frontiers of research and knowledge in all areas of business and attain more successes in the near future.