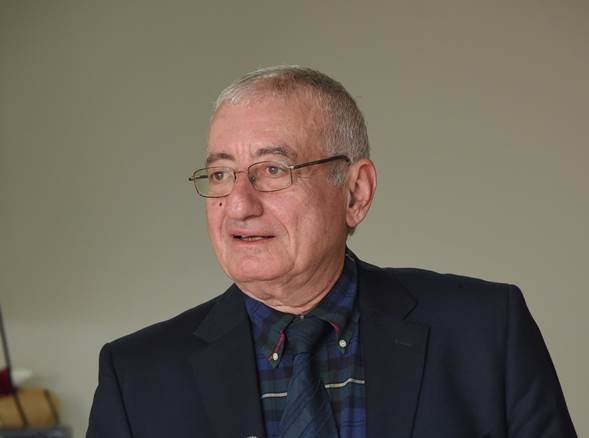 LAU’s Executive Committee of the Board of Trustees, acting on behalf of said board, approved, on July 8, 2019, the appointment of Dr. Wassim Shahin as dean of the Adnan Kassar School of Business (AKSOB) for a term of four years, effective September 1, 2019.

Dr. Shahin is a professor of Business Economics and the founding dean of the Adnan Kassar School of Business on Byblos campus (1996-2011). He has served as assistant provost for Special External Projects (2014-2018) and as interim dean of AKSOB (2018-2019).

Dr. Shahin has also been elected president of the Middle East Economic Association (2018-2021).

Furthermore, he has consulted for the Association of Banks in Lebanon on risk management, anti-money laundering and countering the financing of terrorism and has been a board member of the Swiss-owned Near East Commercial Bank.

Dr. Shahin is a research fellow at the Economic Research Forum and has represented Lebanon in several international venues, while his area of expertise is in monetary economics, international finance and central banking.

He is also the author, co-author, and co-editor of five scholarly books and has published numerous manuscripts and articles in peer-reviewed academic journals. In addition, he is the founding editor of the academic journal Review of Middle East Economics and Financepublished by De Gruyter Press and serves on the Board of many academic journals.

Many of his writings and research addressed banking and monetary policy with several articles applying to Lebanon and the Middle East. He has also developed in his writings quantitative economic models to combat terrorism and hostage taking for which he is mostly cited.

Dr. Shahin earned his doctorate in economics from Indiana University, Bloomington, and taught for several years in the US.