LAU students among the winners. 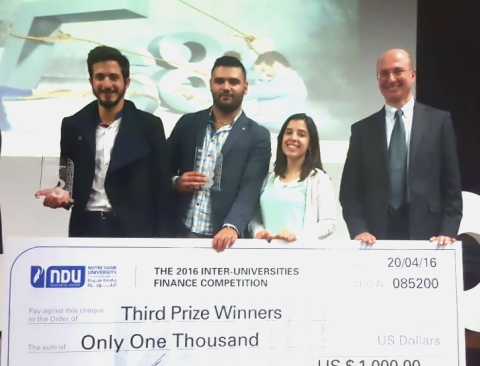 LAU AKSOB students participated in the inter-universities finance competition, which took place on April 20, at Notre Dame University, Louaize, competing against five other teams from well-known universities in Lebanon.

Lasting all day, the competition required students to handle solving and reading questions, as well as present a case study, upon which the final result would be deliberated and announced.